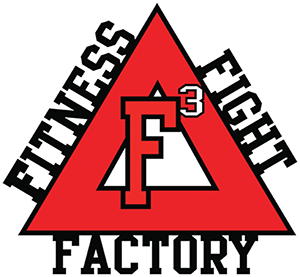 F3 understands the importance of non-violent conflict resolution, but we also believe the first step in achieving this is making kids “BULLYPROOF.” Our youth programs aim to help kids ages 4 & up build self-confidence, learn valuable self-defense skills, and develop the discipline and integrity to use those skills appropriately. Our students can feel confident in de-escalating tough situations when confronted with them, but also in defending themselves effectively and neutralizing a threat should it become physical.

Our coaches are Brazilian Jiu Jitsu Black Belts, active professional Mixed Martial Arts fighters, and high-level athlete coaches that are skilled and experienced in combat sports, but also in working with children. Because we truly care about your child’s success, the training here is invaluable- transcending the sport! Whether learning to love fitness, master an art, or compete in tournaments, students blossom with a full community of support of F3. With a packed youth schedule of Boxing, BJJ, and Wrestling classes, it makes a perfect After-School program. Our team challenges your child to reach his or her potential in a fun, exciting way, whether completely new to this world or already on the journey!

Our programs are designed for beginners & experienced practitioners alike. Members are diverse in levels, backgrounds, and fitness goals, with one commonality: the desire to become the best version of themselves! Adults looking to learn a new sport through a fun workout with practical self-defense, get & stay fit through combat sports, relieve stress, or even experienced practitioners wanting to challenge themselves at a new level and test themselves in competition all find their gym home at F3!

For self-defense in DFW, BJJ is a must, especially as the majority of physical attacks end up on the ground. BJJ can level the field when outsized, also important to applicable self-defense. In other scenarios, having the ability to diffuse a physical confrontation sans the use of striking is may be the best option with least repercussions. You’ll learn proper takedowns, defensive/offensive moves even from the bottom position, and because it’s a full body workout, it can mean tons of calories burned and a total body transformation!

Boxing classes, led by Boxing Coach Rafael (Casias Boxing) teach fundamentals of punching, proper technique, combinations, offensive/defensive technique, effective use of speed & strength, head movement, and agility. Burn hundred of calories in an exciting workout that you can take as far as you’d like- to get fit, for self-defense, to spar, or even compete. With similar focus, our Muay Thai/MMA Striking program taught by Johnny Bedford adds to your striking repertoire. While Boxing is striking only with the hands, Muay Thai, which is often referred to as the “art of 8 limbs,” teaches striking with hands, feet, elbows, and knees.

F3’s fitness-focused program is perfect for anyone looking for a new way to get their workout and reach fitness goals of losing weight, toning up, building muscle, & increasing cardio endurance while learning fundamentals of combat sports! These Fit-to-Fight classes are striking classes on heavy bags and weightlifting classes for a well-rounded workout and fast results. Members in our fitness program are athletes, teens, moms, teachers, fighters, and even grandmothers!

Tired of the treadmill? Even worse, can’t find the motivation to exercise? Need to relieve stress? Classes in the bag room are a better way to get your cardio through boxing, kickboxing, and mixed martial arts drills and striking techniques. In a challenging but energizing 60-minute workout including high-intensity rounds of bag work/striking, active recovery, and killer ab routines to cool down, you can burn up to 800 calories! Because our instructors are all pro-MMA fighters, even in our Fitness classes you are taught proper technique and build your skills as you get fit! Tough at every stage of your learning, but adapted to various fitness & experience levels, you feel accomplished and motivated seeing a total body transformation, as well as learning and perfecting your technique!

Strength & Conditioning classes ensure that you are getting maximum results with a well-rounded program incorporating resistance training to maximize fat loss and increase muscle tone. While our bag classes will have you burning maximum calories during your workout, weightlifting helps you burn calories for days after your workout! This class is a fun, guided weightlifting program designed to teach you the proper & safe way to lift your way to your fitness goals and the body you desire. Typically in circuit training style, workouts incorporate dumbbells, barbells, TRX, kettlebells, & more!

Massage Therapy can benefit athletes and non-athletes alike! Regular massages foster faster healing of strained muscles and can reduce or eliminate pain, muscle tension, muscle spasms, swelling for those with injuries or in recovery. They are great for joint mobility, lymphatic drainage, and blood circulation as well. Massage therapy lessens the risk of injury, shortens recovery time, and enhances endurance. Those who experience sleep issues, suffer from bad posture, high stress, muscle stiffness, or tension headaches find great relief in massage therapy. Whether you are fighting high blood pressure or fighting in a cage and want to increase athletic performance, or just need stress relief and relaxation, massages are a must!

Our Massage Therapist Angela customizes your session to your specific needs, incorporating Swedish massage, deep tissue, trigger point, & sports massage techniques. Your massage can be focused on problematic or pain areas, or full body. Clients love their massages and have seen great results! Plus, the convenience of having your workouts and your massages in the same place make is simple to stay consistent on the path to your goals. We offer single 1hr or 1.5 hour massages, discount packages, and monthly massage memberships. Not a member? We have a massage-only membership option. Book your first massage now!

While our Coaches ensure that each person in our group classes is getting attention and instruction on-the-go as needed, we offer Personal Training sessions for private, more in-depth, personalized workouts. Fast-track your fitness results, perfect your technique, or work on specific focus items or a specific sport and prepare for competition.

Our Coaches work to your fitness & experience level to help you build your skillset in a safe but adequately challenging manner to achieve your goals of learning effective self-defense, losing weight, competing or fighting at amateur or professional levels. Our coaches have trained or competed at a high level, are black belts in Jiu Jitsu, currently fighting professionally and/or training current professional fighters, so you are truly training with the best! You can choose to focus on Boxing, Muay Thai, Wrestling, Jiu Jitsu, Self-Defense, Mixed Martial Arts, Strength & Conditioning, or a mix of these in your sessions to achieve your goal and become the best possible version of you. Private Personal Training Sessions can be purchased individually, or in packages of 5, 10, 20 & 30 for a discounted, per session rate. Sessions in these packages can be used to train only with one Coach or split between more than one Coach to best fit your needs, and payment plans are available.

F3 is the perfect host for your next birthday party, fight watch party, girls night out, self-defense seminar, combat sports seminar, work team builder or other private events! We host children, teen, and even adult birthday parties in which we take care of all the details from beginning to end, so all you need to do is show up and have a great time with friends & family! We make events kid-friendly, or adult only, depending on your needs, and can customize your party to your vision with multiple themes and options! Pricing varies depending on options and number of participants. Contact us about your event and we can further discuss any details and reserve your date!

For teams, groups, or companies looking to have a unique team-building event, Fitness Fight Factory makes for a great time whether you are looking for a full event, a self-defense seminar, or a private group class in any or all of our disciplines. It’s a great way to let loose, relieve stress, have fun with your team or coworkers, and learn some great skills! We take care of all the details, and can even ensure time in the itinerary should you need to kick off with a team or work meeting. In addition to hosting in our facility, we are also mobile! If you would like us to come to your wellness or fitness event, fair, or office for an already existing event or to have us hold an event conveniently at your location, please contact us with your request!

NOT SURE WHERE TO START?

We Can Help! Ask about multiple membership discounts or family plans!